Terminator Two I see you! 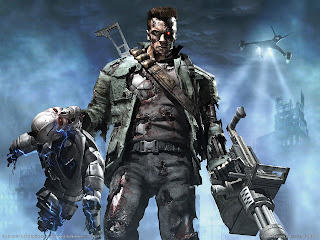 Do we really want to take this step?

I don't think we should; Terminator movies not withstanding.

A future for drones: automated killing
By Peter Finn - The Washington Post

One afternoon last fall at Fort Benning, Ga., two model-size planes took off, climbed to 800 and 1,000 feet, and began criss-crossing the military base in search of an orange, green and blue tarp.

The automated, unpiloted planes worked on their own, with no human guidance, no hand on any control.

After 20 minutes, one of the aircraft, carrying a computer that processed images from an onboard camera, zeroed in on the tarp and contacted the second plane, which flew nearby and used its own sensors to examine the colorful object. Then one of the aircraft signaled to an unmanned car on the ground so it could take a final, close-up look.