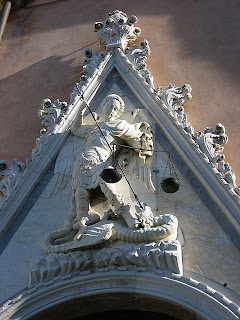 It took a long timer but Justice was finally served in this case.

Rest in Peace now Jim Blihgsne, and may peace now come to your family.


Eighteen years after Juan Carlos Guerrero killed a military retiree in a head-on wreck while driving drunk, fled a hospital and established a new identity in Mexico, a judge hammered him Tuesday with the maximum possible sentence.

But because intoxication manslaughter — and its stiffer penalty range of up to 20 years — wasn't on the law books when Jim Blihgsne was killed in 1993, Guerrero's involuntary manslaughter sentence was 10 years in prison and a $10,000 fine.

“You certainly deserve more than that,” state District Judge Ron Rangel said. “That family waited a long time to get justice.”