See? Right there it says "Thou shalt not steal" 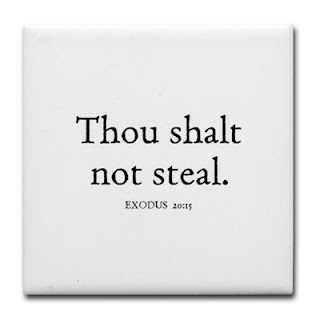 In one of the car burglaries the thief or thieves also stole a Bible from the vehicle.

You stole a Bible?!!

Take the time to read it , willya?

A rash of about nine burglaries Friday and Saturday — six occurring in the same general vicinity — has New Braunfels Police Department personnel asking the public for its vigilance in deterring would-be thieves from accessing vehicles and stealing property.


Five of six vehicles burglarized in the area of Broadmoor Drive, Raven Ridge and Walnut Heights appeared to have been unlocked at the time of the burglaries, NBPD Lt. Heath Purvis said. He said vehicle burglars typically look inside the automobiles for items of value in plain sight before striking.