Crime happens everywhere by anyone, I guess 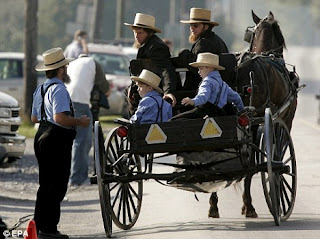 Its hard for me to believe this, I guess.

"The state police respond to any incident. It's a crime. We don't take into consideration anyone's race, creed or religion. We deal with the incident at hand, and that's the way this is going to be handled," Trooper Matthew Roth said on Wednesday.

The incident happened Sept. 2 at a horse auction that the children attended with their parents on Route 208, according to police at the New Castle station.