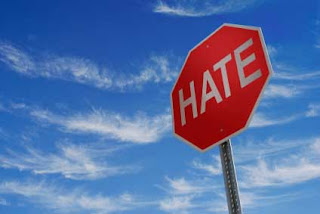 I found this letter to the editor to be a powerful and graceful denunciation of an ugly situation which has ocurred in Comal County.

Because I believe it is so important I have republished it in its entirety.

I cannot say any more about the incident which is currently being investigated.  But I applaud Commissioner Parker for so eloquently speaking out on the subject.

From letters to the Herald-Zeitung

Editor's note: This letter is written in response to a series of articles published by the Herald-Zeitung about a dispute between neighbors in Spring Branch's Flying R subdivision.

What I have to say may offend some yet it needs to be said. I first want to give my disclaimer. These words written are mine and do not reflect the views of anyone in Comal County government and or this newspaper.

With that said, I have lived and worked in our beautiful community for more than 10 years. Our community is a great place to live and raise a family. As I travel this great state, some still cannot believe that I am an elected official in Comal County. Yet I smile proudly and tell them our wonderful community is open to all.


Just as I have bragged state-wide about the fact that our community looks beyond race, which is evident by my two election victories as well as others, we still have persons with such reprehensible behavior in our midst.

Now, I am not one to play the "race card," further I have shunned using it and I truly despise Jessie Jackson and Al Sharpton as charlatans who devalue the blight of minorities. But I will speak out when I believe something is wrong. So let's call it what it is - "Racism" plain a simple.

This isn't the silent racism, but bold brash rude intimidation style racism, the kind that everyone in the United States has worked so hard to put in our past. Among the allegations in this debacle are a monkey hanging from the Risenmay family entrance, the regular use of racial slurs, firing a shotgun in the family's general direction, obstruction of the children's school bus by using a tractor and even a sign in the yard of a neighbor that read, "Krazy Kike K...," (the last word is not fit for print), the "K's" being much larger than the rest of the words.

Something should be done immediately before this escalates further. If any of this is proven true, I am calling on the POA Board of the Flying R Ranch Community to immediately denounce and repudiate these actions.

And if these allegations are proven true, I also ask our local law enforcement to see if these actions listed above are hate crimes.

I do not believe we as a community should stand by and witness the intimidation of a family in our community. This is an outrage; it is appalling and should be embarrassing to each and every one of us. Please join me in celebrating the selfless act of the Risenmay family who have opened their home to children they care for and love.

This is an example of the good side to America; don't let ignorance and hate destroy the beauty.

Gregory Parker
Comal County Commissioner
Posted by Sam at 7:29 AM