Stealing money from the mouths of babes 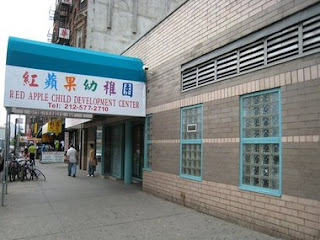 I bet they lived pretty high on the hog on our money too.

A Staten Island couple stole at least $2.5 million in federal funds meant for nutritious meals for preschoolers, prosecutors asserted in a criminal complaint unsealed on Friday.

The complaint accused the couple, Joanna Fan and her husband, Ziming Shen, of siphoning money over five years from accounts at the nonprofit Red Apple Child Development Center preschool chain, of which Ms. Fan, also known as Xiao Ping, is the executive director. The complaint accused the couple of using the money to make mortgage payments on several Manhattan condominiums and to benefit their private business interests, which include Preschool of America Inc., a chain of about a dozen for-profit preschools in Manhattan, Brooklyn and Queens.

The couple surrendered to agents of the United States Agriculture Department on Friday morning and were arraigned before Magistrate Judge James Orenstein of United States District Court in Brooklyn. They pleaded not guilty and posted bail of $750,000 each.