New Federal Judge for the Western District of Texas 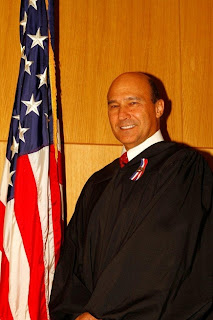 Welcome to the Federal Bench and congratulations on the promotion!

WASHINGTON — U.S. Magistrate Judge David Campos Guaderrama of El Paso was nominated by President Barack Obama to fill a judicial vacancy in the Western District of Texas and a Senate committee cleared James Rodney Gilstrap on Thursday to be a federal judge in East Texas.

Guaderrama would fill a vacancy in the Western District, which includes San Antonio, Midland and Del Rio, where caseloads have skyrocketed due to a law enforcement crackdown on smuggling and illegal immigration.

Obama said Guaderrama has “displayed exceptional integrity and an unwavering commitment to justice” as a U.S. magistrate judge.