Tip of the day 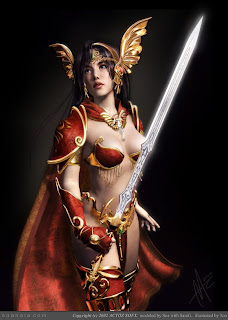 
Don't mess with a woman descended from the Vikings.

A man who is suspected of trying to rape a 21-year-old woman in an apartment in Malmö over the weekend was left nursing a partially severed tongue as his would-be victim fought back.

The woman was at home in her apartment in the early hours of Sunday morning when the doorbell rang. She opened the door to find a middle-aged man who then forced his way in, according to the local Skånskan daily.

The man is reported to have told the young woman in broken English that he wanted to be her "friend" and proceeded to force himself on her, taking a stranglehold on her neck.

But when the man tried to kiss the woman she bit hard on he tongue, severing the tip.