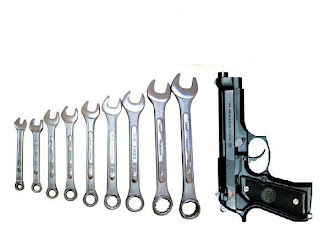 Once again stupidity raises its ugly head and someone's life is snuffed out.

A man reportedly shot and killed his ex-girlfriend in the parking lot of a West Side auto repair business Monday.

Police said a man in his 50s who works at Precision Auto in the 5400 block of Old Highway 90 was detained in connection with the shooting.

The woman, in her 40s, was shot in the chest and pronounced dead at the scene, San Antonio Police Sgt. James Cline said.