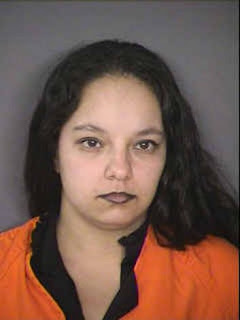 That poor baby may she Rest in Peace.

Its almost as if she would have been better off never having been born than to have been this bitch's baby.

Sorry I'm not in a charitable mood this morning.

A mother who told police her 11-month-old died after she covered the child's mouth and nose while her boyfriend pinned the baby's arms has pleaded guilty to murder.

Silver Starr Hernandez, 26, took a plea Tuesday in which prosecutors agreed to reduce her charge from capital murder and seek a 40-year sentence in exchange for her testifying against boyfriend Lupe Lopez Martinez, 32.

Had she been convicted of capital murder, Hernandez's only two options would have been life without parole or the death penalty.