What in the world?? 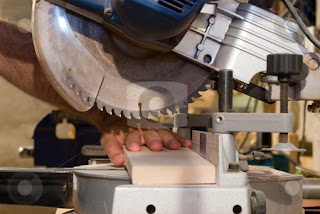 What was he thinking and/or how much had he been drinking?

What kind of an idiot does this?  I mean really?

I hope they can save the boy's fingers.

A man was charged with aggravated child abuse after cutting off the top of his son’s right thumb while attempting to saw off the teen's cast, authorities said.

Lawrence Roberts, 33, arrived at his son’s house in a white pick-up truck around 11 a.m. on Sunday, the arrest report said. The 15-year-old boy lives with his mother and other siblings at the home in Coral Springs, authorities said.
Upon arriving, Roberts pulled out a 10-inch circular saw from his work truck, the report said. For unknown reasons, he then attempted to cut the teen’s purple cast off his right hand, authorities said.
The rest of the story:
Posted by Sam at 7:35 AM