A letter to Hasan 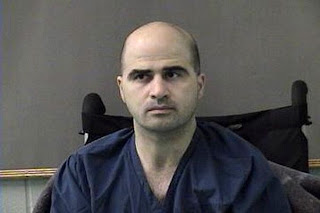 Okay, fire your attorney on the eve of your trial.

See if I care.

You're guilty and will be found guilty in my opinion.

I think you'll be put to death for this as well.

As well you should.

But Hasan, who was arraigned Wednesday, told the judge in a 14-minute hearing that he had released his lead counsel, retired Army Col. John Galligan. Hasan didn't explain his decision.

“Is that a voluntary act on your part?” the judge, Col. Gregory Gross, asked Hasan.