Paid for his play 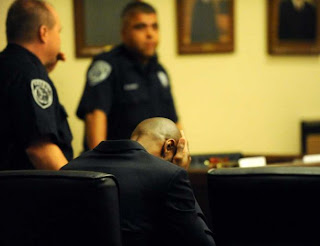 A little birdie told me the Judge might be contemplating "shock probation" for him.  This means that after he goes to the Pen, but before 180 days from his sentencing, he can be brought back and be placed on probation.


A former high school basketball coach who admitted in April to having an improper relationship with a player was sentenced to five years in prison Friday after prosecutors called two other young women who said they also believe he had touched them inappropriately.

Breck Andre Ross, 35, had previously entered a plea agreement in which prosecutors agreed to ask for no more than seven years in prison for the second-degree felony. He sought probation.

Ross resigned from Antonian College Preparatory in August, soon after the student, now 20, came forward to describe what she called a consensual relationship that turned sexual — at his urging — days after she turned 17.