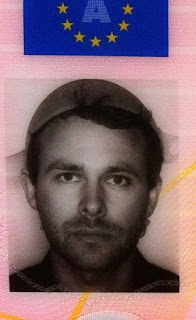 Man tests law by claiming to be a 'pastafarian'
Associated Press -

VIENNA (AP) — Niko Alm wanted to test an Austrian law saying that head coverings would only be allowed in official documents for religious reasons.

So the tongue-in-cheek atheist applied for a new driver's license in his country with a photo of himself wearing a pasta strainer as headgear. Alm said he was a "pastafarian" and that the headpiece was required by his religion.