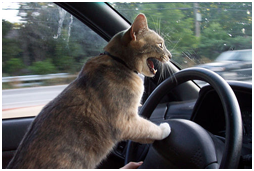 Well, technically I'd call it VA rage since the other person was a pedestrian and not not driving a car.

A woman remained hospitalized Sunday after she was struck by a motorist in front of the Audie Murphy VA Hospital Friday morning in a crash that San Antonio police say might have been caused by road rage.

Magda Ortiz, 48, is listed in critical condition at University Hospital, according to officials, two days after she was struck by a pickup in the South Texas Medical Center.

Police described the scene at the VA hospital as “chaotic” when they arrived at 9:25 a.m. Friday, according to an incident report. About 30 people reportedly witnessed the crash in the 7400 block of Merton Minter.