It hurts just to think about it 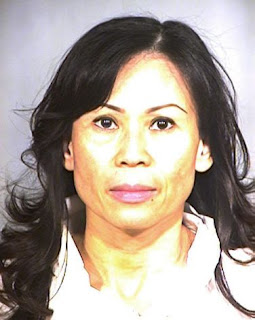 I can't wait to hear the responses of the Fem-Nazi's in support of the sister who mutilated her ex-husband.

In all fairness I'd like to know why this happened.  I'm sure there is a completely rational explanation.

GARDEN GROVE, Calif. (AP) — A Southern California woman was jailed Wednesday after authorities said she drugged her estranged husband, tied him to a bed before cutting off his penis and put it through a garbage disposal.

Garden Grove police Lt. Jeff Nightengale said Catherine Kieu Becker drugged a meal and served it to the victim, whose name was not released, shortly before the attack Monday night.

Nightengale said the 51-year-old man felt sick, went to lie down and lost consciousness. The 48-year-old Becker then tied the victim's arms and legs to the bed with rope, removed his clothes and attacked him with a 10-inch kitchen knife as he awoke, Nightengale said.