To protect and serve 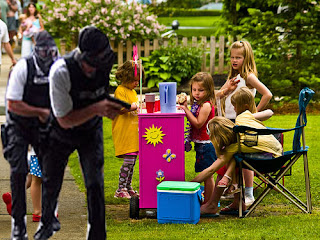 With all due respect.

Were they angry because the girls weren't selling donuts too?

MIDWAY, Ga. (AP) — Police in Georgia have shut down a lemonade stand run by three girls trying to save up for a trip to a water park, saying they didn't have a business license or the required permits.

Midway Police Chief Kelly Morningstar says police also didn't know how the lemonade was made, who made it or what was in it.

The girls had been operating for one day when Morningstar and another officer cruised by.