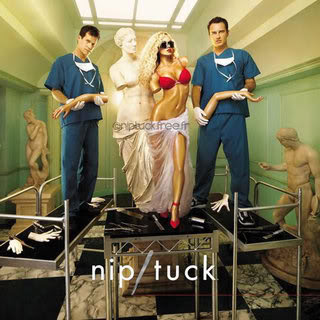 Its a slow news day apparently.

All I can say is she better find someone like the McNamara/Troy medical practice from Nip/Tuck to give her a makeover and fast.

Casey Anthony released from jail; where will she go to now?
Orlando Sentinel -

A local television station is reporting Casey Anthony boarded a plane that left Orlando Executive Airport just after 3 a.m. about three hours after she was released from Orange County custody.

WFTV news, the local ABC affiliate, reported 25-year-old Anthony was aboard a single-engine turbo plane that did not file a flight plan to conceal their departure from the private airport. There is no word on the flight's final destination.

Central Florida News 13 has had reporters stationed at the airport since Anthony's release who are reporting they have seen no signs that she has left the city.