So long Amy, we hardly got to know you 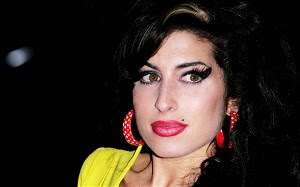 I thought she had a great voice and great potential.

Genius seems to be unable, at times, to overcome the urge to self-destruct.

Amy Winehouse, the British singer who found worldwide fame with a sassy, hip-hop-inflected take on retro soul and jazz and became a tabloid fixture as her problems with drugs and alcohol led to a strikingly public career collapse, was found dead Saturday in her apartment in London, police said. She was 27.

Police said that they were investigating the circumstances of the death but that "at this early stage, it is being treated as unexplained."

With a husky, tart voice, Winehouse became one of the most acclaimed young singers of the past decade, selling millions of albums and winning five Grammy Awards.