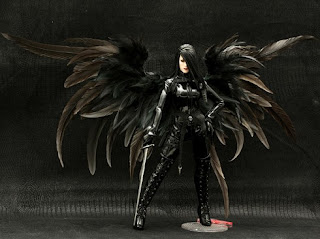 A nurse, the epitome of an Angel of Mercy, cold-bloodily murdering patients.


The 26-year-old woman was being questioned by Greater Manchester Police after the deaths thought to be caused by the contamination of saline containers.

Detectives were called in after an experienced nurse reported a higher than normal number of patients on her ward with "unexplained" low blood sugar levels pointing to the saline ampoules being sabotaged.

Officers found insulin had contaminated a batch of 36 saline ampoules in a storeroom close to ward A1 of Stepping Hill Hospital in Stockport.