Putting down the car 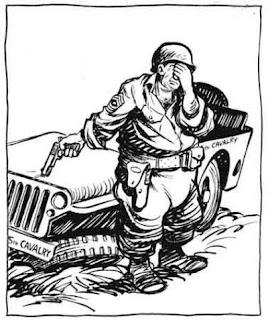 He put it out of his misery.


Arizona Man Sentenced For Shooting His Car
From Clumsy Crooks -

A western Arizona man has received a three-month sentence after authorities say he shot his Camaro because it wouldn't start and then refused to come out of his home.

The Kingman Daily Miner reports Lauriano Lawrence Lovato went out to his car April 13, and when it wouldn't start, he fired two rounds through the windshield and into the dashboard.

Neighbors called police, and Lovato was eventually arrested after a lengthy standoff.

The Kingman man pleaded guilty to one count of discharging a gun unlawfully within city limits and was sentenced to three years probation and 90 days jail time.
Posted by Sam at 7:47 AM