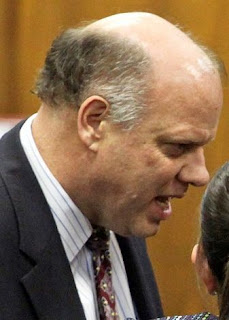 The State of Texas and the local community has lost a great and noble prosecutor.

A 26-year veteran Bexar County assistant district attorney has resigned after spending a night at the Bandera County Jail on a boating while intoxicated charge.

Jim Kopp filed a letter of resignation June 20, two days after he was arrested for the Class B misdemeanor while on an outing on Medina Lake.

Texas Parks and Wildlife Department Game Warden Jeff Carter said he pulled over a small motorboat for a routine water safety inspection and noticed its operator, Kopp, showed signs of intoxication. There were a few empty beer cans in the boat, Carter said, but no one was drinking at the time.