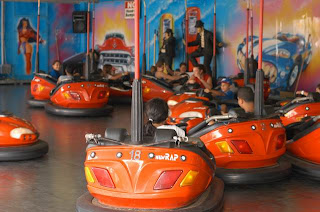 I know it was highly satisfying to him but it was not a good idea.

PORTSMOUTH — Unhappy that a Lafayette Road car dealer wouldn't take back the van he bought on Monday, David Cross drove "the lemon" back after the dealer closed on Tuesday and crashed it into six cars parked on the lot for sale.

"I hit the first $25,000 car I could see," Cross told the Herald. "I didn't hit a car under $20,000. Then I moved a van that they wouldn't come down on the price for. I moved it with the lemon they sold me. I just held it to the floor until I couldn't move it anymore. I took out seven vehicles, including my own."

Cross, a Salisbury, Mass., resident who turns 42 today, is charged with six felony counts of criminal mischief, one for each of the cars he damaged, excluding his own.