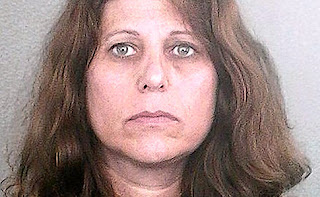 This sure sounds like something went out of whack with her.

A Florida traffic court judge was busted after a man told police that she used her cell phone to take pictures of him standing at a courthouse urinal, authorities said.

Rhonda Hollander, 47, was arrested last week after her kooky candid camera shots inside the men's room at the West Regional Courthouse, according to the Broward County Sheriff's Office.