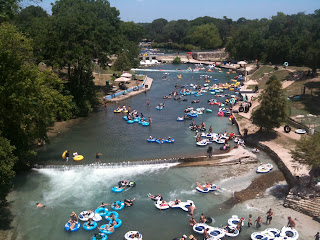 My take on this is that we've had more folks coming to the Comal River to tube because the Guadalupe River is so low and slow.

These folks are a rowdier bunch for sure.  They need to dial it down a bunch.


NEW BRAUNFELS - While the crowds of visiting Comal River tubers have been calmer and less numerous than expected on recent weekends - including the July 4 weekend - there still have been plenty of problems, Police Chief Tom Wibert told city council on Monday.