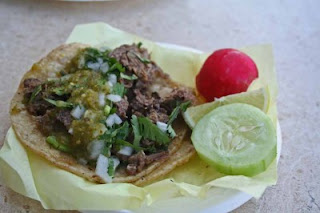 What a thing to lose your job, career, and quite possibly your freedom over.

Testimony began Wednesday in the trial of a former Bexar County jailer accused of providing a small hacksaw-stuffed taco to high-risk inmates plotting an elaborate escape attempt, including a man who was awaiting trial for capital murder.

Alfred Casas, 31, knew he messed up two years ago when he agreed to meet the girlfriend of double-murder suspect Jacob Keller after work so he could pick up a taco to give Keller, jurors heard the defendant admit in a recorded interview with detectives.

“It was one taco and I opened it and there was nothing in it,” Casas said through tears as detectives had him change off-camera into orange inmate scrubs. “I know it sounds stupid. I'm stupid for bringing those tacos. But it was a regular taco. I didn't know (about the hacksaw blade).”