Vanity thy name is Hamad 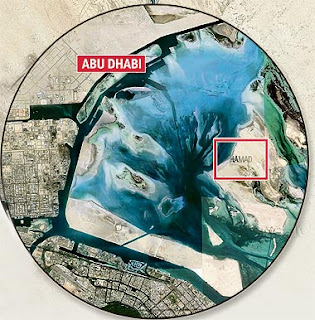 Of all of the most ridiculous waste of money in the name of ego and self-aggrandizement.

I weep for the folks dying in Somalia and everywhere else because of lack of food or medicines, while this fellow attempts to carve his name in the sands of time.

Don't get me wrong, I am as much a free-market fellow as the next but have a sense of propriety at least.

The name is two miles across — with letters a kilometre high. It is so huge that the "H", the first "A" and part of the "M" have been made into waterways.

The mega-rich sheikh, 63 — president of the oil-rich United Arab Emirates — boasts a £14billion fortune that is second only to the Saudi king's.