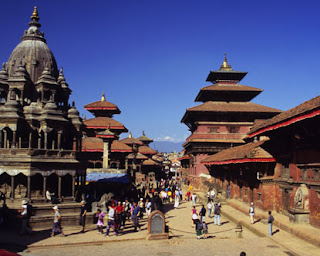 Sounds like a pretty serious security breach to me.

KATHMANDU: Eight Indian nationals have been arrested from Nepal's only international airport in the capital for possessing fake identity cards and posing as the staff of the national flag carrier.

They were arrested from the hanger of the Tribhuvan International Airport (TIA) as their behaviour was suspicious, according to superintendent of police Kedar Rijal, who heads the Kathmandu Metropolitan Police Circle.

They were posing as the staff of the Nepal Airlines Corporation (NAC), raising fears over the security at the airport.