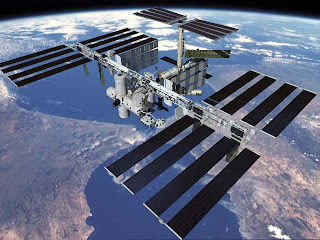 Of course now that we've ended our space shuttle program without a replacement vehicle we cannot do anything to stop this.

Thank you President Obama for retreating from space. (sarcasm)

Russia plans to sink the International Space Station in 2020
By Jeremy A. Kaplan - Fox News


Russia's space agency announced Wednesday that the International Space Station -- a space base the world's scientists and billions of U.S. tax dollars helped build and maintain some 200 miles above the surface of the Earth -- will be de-orbited and allowed to sink into the Pacific Ocean in 2020, just like its Russian predecessor, Mir.

"We will be forced to sink the ISS. We cannot leave it in orbit as it is a very complicated and a heavy object," Roscosmos' deputy head Vitaly Davydov said in an interview posted on the agency's website.

"We have agreed with our partners that the ISS would function roughly until 2020," he noted.

After sinking hundreds of millions into construction of the space station -- billions if you include the cost of the space shuttle flights that carried the ISS modules into orbit -- knowledgeable government sources and NASA spokesmen were aghast at Davydov's plans to sink the station in the ocean.