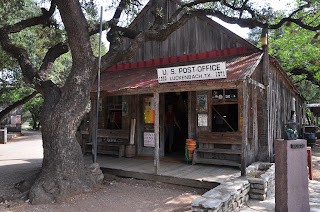 Close down the surplussage and while we're at it go and implement a three day a week only delivery system as well.

WASHINGTON — The financially beleaguered U.S. Postal Service announced Tuesday it would consider closing more than 3,600 of its 32,000 post offices, including three in San Antonio.

Continuing efforts to reduce costs by shrinking the organization's retail network and workforce, Postmaster General Patrick Donahoe released a list of the targeted offices, which are primarily in rural areas and produce little revenue. There will be a 60-day comment period before the Postal Service makes final decisions, which can be appealed to the Postal Regulatory Commission.

In communities that lose post offices, the Postal Service may outsource basic services such as selling stamps and shipping flat-rate packages, to local businesses including pharmacies and groceries, Donahoe said.