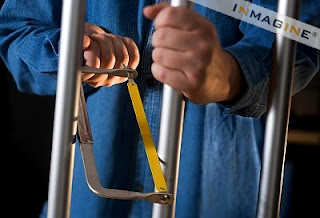 Not looking so good for the Taco Deputy.

Corrections officer Alfred Casas still was wearing his uniform when he drove to an apartment complex near Bexar County Jail in a bronze Mercedes two years ago to pick up a bottle of black market Xanax pills, an inmate's girlfriend testified Thursday at the jailer's felony trial.

In exchange, Tiffany Contreras told jurors, Casas agreed to take a bag of tacos to her boyfriend that he knew were stuffed with six broken hacksaw blades.

“He started telling me about what the plans were over there,” said Contreras, who at the time was the girlfriend of Jacob Keller, a high-risk inmate awaiting trial for capital murder. “He wanted to show me where they were going to try to escape from.”