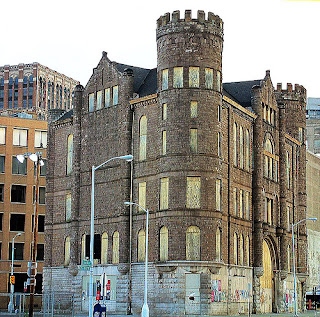 You couldn't pay me enough to live in downtown Detroit>

So far a little over 73% of those responding to the poll agree with me.

DETROIT (WWJ) – Employees of five downtown-based companies are being given financial incentives to live where they work.

DTE Energy’s Paul Hillegonds says the trend is already there, with a number of young professionals and creative types hanging their hat in downtown Detroit lofts and apartments.

Now, the plan is to create greater density in surrounding neighborhoods, but not just for the younger set.

“We have a number of probably empty-nesters, but also a number of retirements ahead with younger people who will be coming to work in Detroit at DTE headquarters,”  Hillegonds told WWJ Newsradio 950′s Ron Dewey.