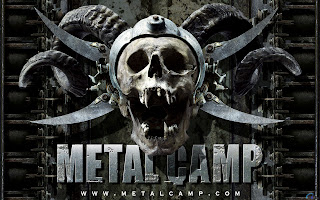 Parents, check the camps out please.

Its no guarantee because even with background checks nothing will turn up if the folks working there have never been in trouble or cuaght in the past.


Former camp counselor accused of assault
HUNT — A 21-year-old Lincoln, Neb., man and former employee of Camp La Junta in Hunt was arrested in Travis County and brought to the Kerr County jail this week on charges he sexually abused a camper.

Matthew S. Bovee remained in jail Friday on bonds totaling $100,000 for two charges of aggravated sexual assault of a child and indecency with a child sexual contact.

Bovee worked as a camp counselor at La Junta during the summer of 2009 when the reported abuse took place.

According to Capt. Carol Twiss of the Kerr County Sheriff’s Office, a 12-year-old boy told family members in April that he had been sexually abused during shower checks by Bovee.

“No other victims have come forward at this time,” Twiss said. “We have some corroborating stuff, but no other outcries.”

Twiss said Bovee has not admitted to any wrongdoing.

Camp La Junta officials were notified in May about the possible abuse and contacted parents from the 2009 session.

“The first we heard about this was at the end of May, when we were contacted by the sheriff’s office,” said David Domingue, co-owner of Camp La Junta. “Nobody else we’ve talked to has made an outcry.”

This is the first case of alleged sexual abuse at the camp since it opened in 1928. Approximately 270 boys between the ages of 7 and 15 attend the camp each summer.

This is the second incident of abuse at a Kerr County camp in the past two years.

Scott Zirus was arrested Aug. 20, 2009, and pleaded guilty in April to multiple counts of sexual abuse while working as a counselor at Camp Stewart.

Zirus agreed to a 40-year sentence in a Texas Department of Corrections facility.