Did he steal some cold milk too? 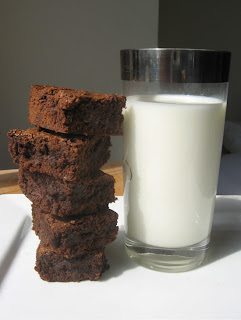 Must've been some damn good brownies.

Gonzales police said Jamon J. Simoneaux, 18, had a bag full of brownies when he was arrested Thursday in Jumonville's Bakery.

Bakery owner Lynn Jumonville told The Advocate he called police after the cost of broken windows and screens began to mount. He said the burglar would break in about 8:30 or 9 p.m.

Lynn and wife Pat Jumonville estimate that he took about 12 dozen brownies and about two dozen sugar cookies.

Simoneaux remained in the Ascension Parish jail Saturday and it was not clear whether he had an attorney. Bond was set at at $90,000.
Posted by Sam at 7:09 AM