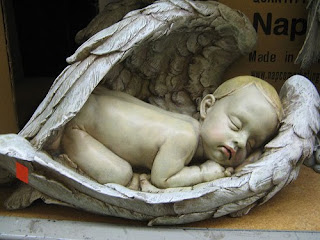 I am of the opinion that one of the leading causes of death in babies is the boyfriend of the mother of the child.

I am sorry little child that we weren't able to save you.  May your innocent soul rest in peace.

Bobby Fernandez, 21, was booked into the Bexar County Jail on Thursday and was charged with one county of injury to a child intentionally causing serious bodily injury. Bail initially was set at $75,000, but may increase, authorities said.

Authorities said the charge likely will be upgraded following the death Thursday of Emerald Rodriguez, who arrived at University Hospital in a coma Tuesday afternoon.