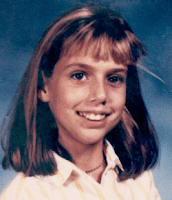 It is hard to believe twenty years have gone by since heidi Seeman and Erica Botello were murdered in seperate incidents.

Both however, had their funerals on the same day.

Somewhere, someone knows who did these deeds, or that they did it.

I hope they will be found and both cases get resolved.

Former Hays County Sheriff Paul Hastings doesn't dwell on his 38 years in law enforcement — 14 years into retirement, the soft-spoken 73-year-old would rather tend to his parched plot of Hill Country oaks and sun-baked pasture just outside Dripping Springs.

A widower, his only companions are 11 goats and a one-eyed mule named Nick.

Her name is Heidi Lynn Seeman.