My take on Gay Marriage 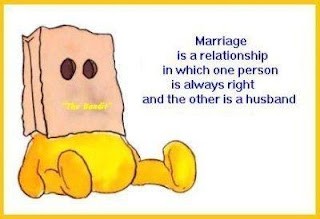 Here's what I believe.  Let them get married.

Let them be as miserable as the rest of us.

SAN FRANCISCO -- Gay and lesbian couples in California can begin marrying next week, a federal judge ruled Thursday - that is, unless the Ninth U.S. Circuit Court of Appeals steps in to stop them.

Chief U.S. District Judge Vaughn Walker had invalidated Proposition 8, the state's ban on same-sex marriage, saying last week it was discriminatory and unconstitutional, but put enforcement of that ruling on hold with a stay.

Then on Thursday, Walker lifted that stay but simultaneously ruled that his order not take effect until 5 p.m. Wednesday.