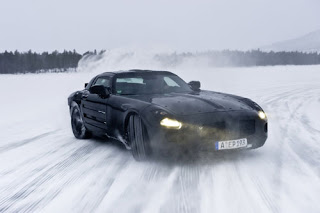 Under Swiss law, the level of fine is determined by the wealth of the driver and the speed recorded.
In January, a Swiss driver was fined $290,000 - the current world record.

Local police spokesman Benoit Dumas said of the latest case that "nothing can justify a speed of 290km/h".

"It is not controllable. It must have taken 500m to stop," he said.