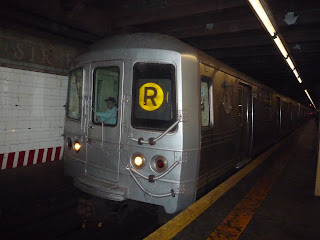 This is just crazy!


Man accused of pushing woman into side of moving 'R' train

NEW YORK (CBS 2) – This one fits nicely into the “you gotta be kidding me” category — even for New York City.

An evening commute turned into a near death experience for a Manhattan woman. Witnesses said they saw a crazed straphanger push her into the side of a moving train. The attack has some train riders on alert.

An “R” train barreling into a Midtown subway station nearly killed 39-year-old Manhattanite Ute Linhart. But she didn’t fall in front of the train. She was pushed.