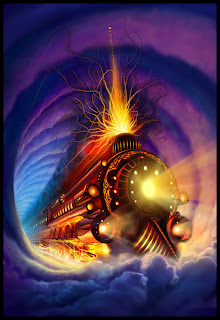 He found a train alright.

By Jeff Rivenbark - email
STATESVILLE, NC (WBTV) - A man who was with about a dozen people who were looking for a legendary "ghost train" in Iredell County was hit by a locomotive and killed early Friday morning.
The incident happened on a train trestle at 2:45 a.m. near the 900 block of Buffalo Shoals Road.
Robin Chapman, a spokesperson for Norfolk-Southern Railroad, said the eastbound train consisted of three locomotives and no freight cars.
The rest of the story:
Posted by Sam at 9:07 AM