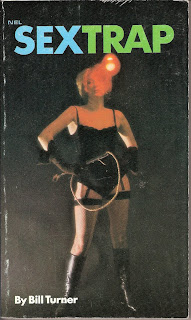 He's lucky to be alive.

This is similar to a scam pulled by Joshua Maxwell and Tessie MacFarland several years ago in which one man in Indiana and a Deputy Sheriff in San Antonio were killed.  Maxwell was executed several months ago.


JOHNSTOWN, Pa. (AP) -- A Johnstown couple were jailed on charges they robbed a man who paid the woman $130 for sex after meeting her through an Internet chat service. Police said the alleged victim was at a residence Tuesday with 36-year-old Elizabeth Cashaw when her husband, 33-year-old Erskine Cashaw, arrived and became upset upon learning that she had offered sex for sale.
Police said that's when Erskine Cashaw pulled a knife and had his wife drive all three of them to a convenience store where the Cashaws allegedly ordered the man to withdraw money from an automatic teller machine.
Police said that's when the man escaped and alerted police.
The rest of the story:
Posted by Sam at 9:53 AM