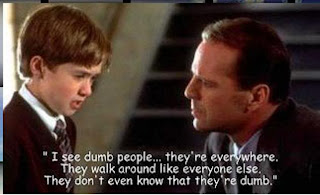 BAKERSFIELD, Calif. -- Two people visiting someone in jail Thursday ended up behind bars themselves.

Donelle Flores, 29, and Billy Evans, 24, were visiting Lerdo Detentions Center on Lerdo Highway when they were arrested, according to the Kern County Sheriff's Office.

Evans, who accompanied Flores to the jail, was arrested for being a felon on jail grounds and for receiving stolen property. He was in possession of checks that deputies suspect were stolen.

Both visitors were booked into the Kern County Jail.
Posted by Sam at 7:36 AM