The lowest circle of Hell 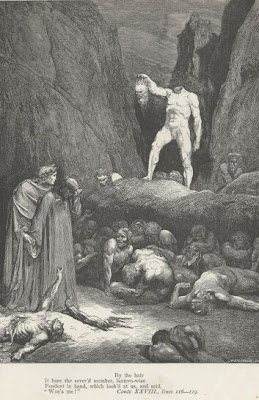 Surely if there is a God there'll be a special place in Hell for folks who sexually prey on little children using the Bible as cover to gain the trust of the parents.

A man accused of sexually assaulting a 4-year-old boy allegedly used Bibles to earn the trust of the victim's father, an arrest warrant affidavit said.

Robert Ceja, 48, was charged with aggravated sexual assault of a child early Sunday. He was held at the Bexar County Jail on a $150,000 bond.

The victim's mother first called police Aug. 4, shortly after she was released from jail on an unrelated charge, after getting a strange feeling about Ceja and questioning her son, police spokesman Matthew Porter said.