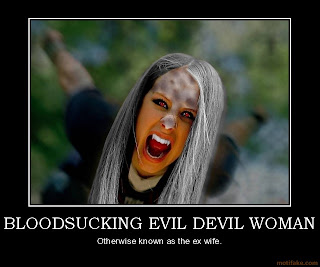 Not quite the story you'd expect to read if you glance at the headline below.

The friends were her lover and his friends and she had gotten him drunk that particular evening.

BTW I am not saying the deceased husband should have started hitting his wife.

BANGALORE: For four months, no one knew the whereabouts of Cheluvaraju, 32, an employee of a garment factory. His wife also did not bother to look for him. Only when his mother voiced her suspicion did police swing into action.

On Sunday, Talaghattapura police in Ramanagaram district exhumed the remains of Cheluvaraju's body buried near the water pipeline at Gantakandoddi, an isolated place. Ramanagaram DySP Devaraj said he was murdered on May 2. The remains have been sent for post mortem and forensic analysis.

Cheluvaraju, of Karikaldoddi near Harohalli, had married Nagaveni, 23, and they have two children. They lived in a rented house in Nittagere.

They took the body to Gantakandoddi and buried it. However, Cheluvaraju's mother wondered why her son hadn't visited her for three months. She enquired in the neighbourhood and learnt that his neighbours too had not seen him for a while. On August 17, she went to the police.

Talaghattapura inspector Mahadev said initially police thought Cheluvaraju may have died in some accident and that the body had not been identified. But, when his mother told them he had marital problems, they grew suspicious about Nagaveni and kept a watch on her. When they learnt about the illicit relationship, they took her for questioning during which she confessed to the crime.