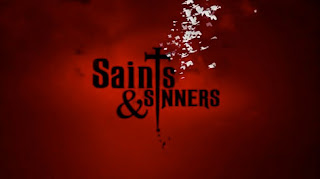 I don't see them being able to reach some common ground do you?

Meeting fails to end Ohio church-strip club feud
Express-News -
WARSAW, Ohio (AP) -- The leader of an Ohio church feuding with a nearby strip club says a meeting failed to bring a truce.
Pastor Bill Dunfee of New Beginnings Ministries says he and Fox Hole club owner Tommy George found no common ground during their roughly two-hour sit-down at a diner Wednesday night.
Dunfee says he would have accepted nothing less from George than an offer to shut down his business.
The pastor says church members will continue to gather outside the club on weekend nights, as they've done for years.
He says he expects George and women from the club will keep up the Sunday protests they began several weeks ago at the church in Warsaw, 60 miles northeast of Columbus.
George says he'll shut down his business if Dunfee steps down from the pulpit.
Posted by Sam at 4:49 PM