Facebook: The Social and Death network? or Its Complicated 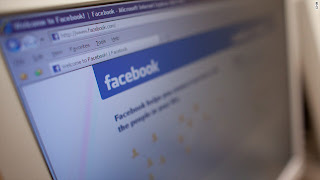 (CNN) -- Three teens who were on a 69-name hit list posted on Facebook have been killed in the past 10 days in a southwestern Colombian town, officials say.

Police say they do not know who posted the list or why the names are on it.

"It is still not clear," Colombian national police spokesman Wilson Baquero told CNN. "This is part of the investigation."

But officials note that a criminal gang known as Los Rastrojos and a Marxist guerrilla group called the Revolutionary Armed Forces of Colombia operate in the area.

The hit list on Facebook, which was posted August 17, gave the people named three days to leave the town of Puerto Asis or be executed, said Volmar Perez Ortiz, a federal official whose title is defender of the public.

Police at first thought the posting was a joke, Perez said in a statement issued Saturday. But the publication of a second list with 31 additional names led authorities to convene a special security meeting Friday, Perez said.

The posting of the lists and the meetings occurred after the first two killings, which took place August 15, Perez said.

On that day, officials say, 16-year-old student Diego Ferney Jaramillo and 17-year-old CD retailer Eibart Alejandro Ruiz Munoz were shot and killed while riding a motorcycle on the road between Puerto Asis and the town of Puerto Caicedo.

Both their names were later found on the first published hit list.