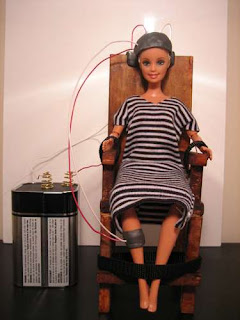 I think the biggest worry would be that he gets "sprung" from a jail in Mexico before he makes it hereto the U.S. to stand trial.

Mexican authorities Monday captured a notorious Texan who is accused of a bloody climb to the top echelon of one of the hemisphere's most powerful drug cartels.

Edgar Valdez Villarreal, known as “La Barbie” for his looks, faces a slew of charges in Mexico but also is wanted in the U.S., where he has been indicted on charges of smuggling thousands of pounds of cocaine into this country.

The U.S. government has offered a reward of up to $2 million for his capture.