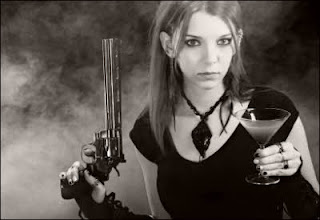 Well I would certainly expect it to.

I usually like to anticipate that I will get to finish my drink and meal without worrying if I'll be killed in the cross-fire.

“They cater to the Texas tourist,” said Elliott, a San Angelo resident and Del Rio businessman who's been a longtime Crosby's patron.

As if to prove it, the restaurant speakers churned out a steady stream of English-language songs, including George Strait's “Blame it on Mexico,” which early on mentions Crosby's.