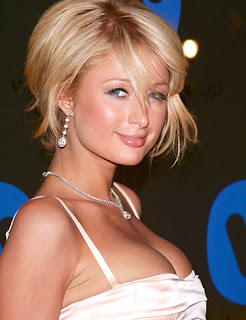 Just leave her be.

Its hard to be her.  I mean wear the wrong hair?  I always wear the same hair, its mine.

A company that manufactures hair extensions claimed the 29-year-old socialite breached her contract to wear and promote their product when she sported the fake locks of a competitor in 2008.

Hairtech International Inc. is seeking $35 million in damages - 10 times what she was apparently paid under the contract. The fraud and breach-of-contract suit cites the heiress' partying as contrary to Hairtech's marketing campaign.