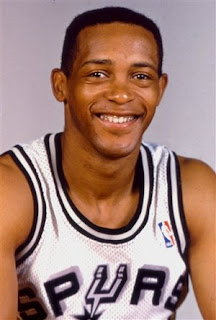 I guess he must just be stupid.

How else to explain it?  What part of no-contact do you not understand?

Ex-Spur hauled back to jail
By Craig Kapitan - Express-News

Robertson, 48, a San Antonio resident who played with the Spurs from 1984 to 1989, was arrested Friday night. He has been awaiting trial since February on a first-degree felony sex trafficking of a minor charge.

Earlier Friday, state District Judge Juanita Vasquez-Gardner ordered that his bail be increased from $150,000 to $200,000 after a Bexar County Pretrial Services bond officer raised allegations that he met with a co-defendant and has ignored a no-contact order regarding an alleged adult victim.